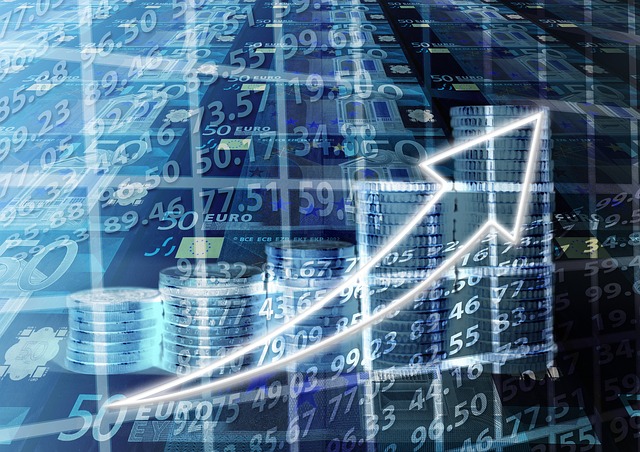 NOTHING contributes so much to the prosperity and happiness of a country as high profits,” proclaimed David Ricardo, an early-19th-century economist. If so, America is in a miserable state:
corporate profitability has fallen to its lowest level since the depression of the 1930s. In the third quarter of this year, the pre-tax profits of non-financial firms fell by 26% from a year earlier, to a
level equivalent to 7.5% of GDP in the non-financial business sector. As recently as 1997, that figure was 12.5%. Profits have further to fall. Economists at J.P. Morgan forecast that average
profits will drop at an annual rate of over 20% this quarter, leaving profit margins at their lowest for more than 60 years.

In the same breath, stock prices have been getting quite lofty. All of a sudden the IPO has been revived, with many companies seeing first day gains of 30% or more. Many of the events of the
past couple months that have lifted investor morale are not likely t Profit margins always shrink in recessions, but this time the squeeze is particularly severe. Because companies have so much
excess capacity, they have little pricing power. Meanwhile, unit labor costs are rising more rapidly. Wages still outpace inflation by a wide margin, and productivity growth has slowed.

The price-to-earnings ratio for the S&P 500 index at the date of this article stands at over 35. One year ago when corporate profits were much better the index stood at 26. The highest the
ratio has ever been was back in the second quarter of 1999 when it stood at 36.43. Stocks must come down in price or profits must go up.

The outlook for profits does not look too promising over the near term. America entered this recession with historically low inflation. As a result, nominal GDP growth is likely to be close to
zero over the next two quarters, which will put even more pressure on profits. Wages, which make up two-thirds of total costs, typically move down only reluctantly, so profits take the strain.

The 2.9% jump in consumer spending in October, the biggest increase on record, brought cheer to those betting on a strong economic recovery. The jump, though, largely reflected aggressive
discounting, especially by carmakers and retailers. Discounts may boost volume, but at a high cost to profit margins.

Stock markets rallied strongly recently in hope that economic recovery, and hence higher profits, is around the corner. But even if the economy turns round early next year, a strong rebound in
growth is unlikely so long as firms are saddled with excess capacity. And as long as nominal GDP growth remains subdued, so too will be the growth in profits. That means that stock market investors are likely to be disabused, and also that firms will be under pressure to improve their finances by making further cuts in investment and jobs. And that could prolong the recession.

Stock market bulls point out that productivity growth has held up better during this recession than in the past, offering better hope of faster profits growth in future. The link between productivity
growth and profits is more complicated, however. Over the past three years, as productivity growth has quickened, profit margins have actually fallen. As with earlier technology revolutions,
the lion’s share of the spoils from information technology is going to consumers, not producers.**

We are currently in the most difficult of conditions. It is possible to do very well in this environment, however the risks are unusually high. Investors must take advantage of hedging techniques and proper asset allocation to offset the tremendous risk. Investors looking to hit home runs will find themselves striking out.