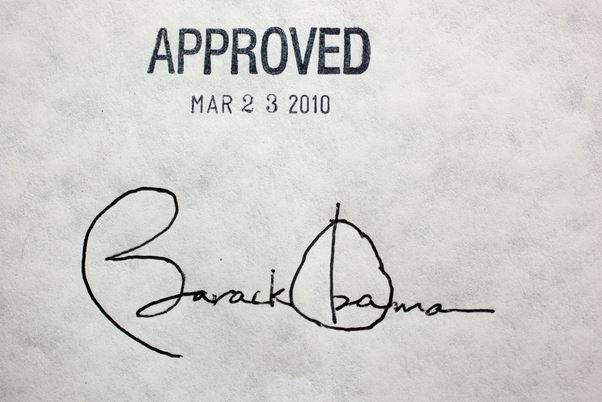 The story goes that Benjamin Franklin emerged from Independence Hall in Philadelphia, on September 18, 1787 and was approached by a woman.  She asked…

“Well Doctor, what do we have a republic or a monarchy?”

Franklin replied, “A republic if you can keep it.”

How many of you have just sat staring at a wall wondering how in the world the United States of America has managed to transform itself in so many ways into the antithesis of everything we once thought it was?  On Flag Day this past June I was having vivid memories of Elementary school and the Flag Days of the past.  The feeling of nostalgia that crept over me was of the pride that we all had as kids in our country, the ethos of our nation that made us that “shining city on a hill” and an example to the entire world.  My ten-year-old son watches the news and is quite aware of the goings on.  Questions like,  “Why would the government be spying on us?” or “Why did we not help our people in Libya?” or “What’s wrong with patriot groups?” are not much fun to answer.  I am afraid that the same feeling that I had as a kid will never be felt my children.  The sad reality is that fault lies with all of us.  We are all responsible.

In the film “A Few Good Men” there is a climatic moment when Naval attorney Daniel Kaffee, played by Tom Cruise, gets the Marine Colonel Nathan Jessup, played by Jack Nicholson, to admit that he ordered the “Code Red” that led to the death of a Marine.  The entire movie was based on the misguided prosecution of some lesser rank Marines, where their superiors were pushing the notion that they acted on their own accord when they murdered their fellow Marine.  In other words, there was a major cover-up.  That is a similar narrative that we are being fed from the Obama administration when it comes to the I.R.S. targeting of Tea Party/Conservative organizations.

Steven Law who was Chief of Staff at the Labor Department when they investigated the ethical and financial disintegration of Enron wrote in an opinion piece in the Wall Street Journal, “Any good CEO will tell you that ethical meltdowns like the IRS political-targeting scandal are rarely the work of a few rogue employees.  Such messes are the result of a toxic culture that has been allowed to fester.”

At Enron, “What we found was a small circle of certifiably bad actors who acted without regard for the law or for anyone else.  Surrounding this inner circle was a culture that gave these employees tacit permission to run roughshod over others and break the law.”  While lower-level Enron employees did their jobs honorably senior management cultivated a malignant esprit de corps that corroded the company’s ethics.  The C-Suite view was that no one was smarter, faster or more aggressive than these executives.  Mortals couldn’t possibly understand what they did.  That belief created its own closed-system logic, leading to deceptive accounting schemes, self-dealing and ultimately, a battery of criminal convictions for Enron’s top brass.”

“What does Enron’s collapse have to tell us about the shocking revelations of IRS political targeting?”

“Plenty.  IRS senior managers like Steven Miller insist that the illicit behavior was the work of a handful of rogue employees.  The trouble is that even though we are starting to learn who those employees are and who supervised them, we still don’t know what orders they were acting on, why no one stopped them and why they thought it was appropriate to selectively harass private citizens on the basis of their using such dangerous labels as “Tea Party, liberty and patriot.”

“These IRS employees believed that they had implicit consent to ideologically profile nonprofit advocacy groups.  Where did that come from?  What the Enron scandal teaches is that implicit permission can be communicated by a toxic culture fostered by the company’s top brass.  Consider the tone that has been set by the person at the very top of the government the IRS serves.  President Obama is the first president since Nixon to refer to political opponents as enemies, in October 2010 apologizing only after a week of intense criticism.  Around the same time, he assailed conservative advocacy groups as a threat to democracy.  As the nations top law enforcer, Mr. Obama singled out groups such as Americans for Prosperity by name and suggested they could be taking illegal foreign funds.  That’s toxic culture from the C-Suite.”  Next, at least 10 Democratic senators publically pressured the IRS to do exactly what it is now being excoriated for: harassing center-right groups for conducting the same spirited advocacy that environmental groups and labor unions have done for years.”

Many pundits have argued that the IRS has always been used in a“wink-wink, look the other way” fashion to go after political opponents.  For example, the Treasury Department has admitted that the tax records of several political candidates and major donors were improperly scrutinized.  Eric Holder’s Justice Department has declined to look into the matter.  The fact that the IRS is now being used to target average Americans looking to peacefully assemble and petition their government, is getting into George Orwell’s world in his classic 1984.  The First Amendment of our Constitution prohibits the making of any law respecting an establishment of religion, impeding the free exercise of religion, abridging the freedom of speech, infringing on the freedom of the press, interfering with the right to peacefully assemble or prohibiting the petitioning for a governmental redress of grievances.

The conduct of the IRS is clearly unconstitutional in its targeting and harassment of these conservative groups.  We were told that the Federal Bureau of Investigation was going to get right on this injustice and commence an investigation.  It has not happened and more than likely will not happen.  Who will the FBI investigate?  Anyone with half a brain knows that the “Code Red”order came from the White House.  Does anyone think that the FBI has the cojones to take on this administration?  Two words…Executive Privilege, investigation over.

There was a recent story regarding an IRS conference that took place in Anaheim, California where the agency spent $4 million.  That was one hell of a party.  It doesn’t stop there; $50 million has been spent on conferences from 2010-2012.  In what can be described as a textbook definition for the word irony, the IRS does not have the receipts for these conferences so we do not know how the money was spent.  See if the“can’t find it” excuse works for you the next time you get audited.  The $4 million conference was held at the same time the IRS kicked off itsTea Party Targeting Operation.  So while they were demanding volumes of information from small-town non-profits, they were blowing through millions of taxpayer dollars with no receipts.  Try that the next time you get audited.

Forced incompetence, by following the rules could best explain these next two stories.  WARNING!  Anyone who works hard, and pays his or her taxes might be induced to a fit of Hulk-like rage after reading this. Note: Markowski Investments will not be held responsible for any damage done to property.  The IRS sent $7,319,518 in tax refunds to illegal aliens not authorized to work in the United States.  Get this…the illegals; all 2,706 of them used the same bank account where the refunds were sent.

But wait there is more…

Where are those “rogue” IRS agents when you need them?

In the wake of the targeting scandal and disgusting revelations like these absurd conferences, and refund give-a-ways many have called for the abolishment of the IRS.  I too would like to see the IRS go away, but the only way that is possible would be by scrapping the tax code and utilizing either a Fair Tax (national sales tax) or Flat Tax System.  Unfortunately there are too many powerful interests that have much to gain and power to wield from our current corrupt-crony system. Meaningful change I feel is a long way off, and would most certainly not be in the cards until we rid ourselves of all the establishment political elites that are running the show.

Most IRS employees are doing their jobs the best they know how, and have nothing to do with the rot that comes from the top – just as most of the employees at Enron or Arthur Anderson had nothing to do with the crimes that were being committed at their firms.  Professor Walter Williams echoed a sentiment that I discussed on the radio show.  We get the government we deserve, and we all deserve the IRS.

“Since the 1791 ratification of our Constitution, until well into the 1920’s federal spending as a percentage of gross domestic product never exceeded 5%, except during war.  Today federal spending is 25% of gross domestic product.  State and local government spending is 15% of GDP.  That means government spends over 40 cents of each dollar we earn.  If we add government’s regulatory burden, which is simply a disguised form of taxation, the government take is more than 50% of what we produce.  In order to squeeze out of us half of what we produce, a government tax collection agency must be ruthless and able to put the fear of God into its citizens.  The IRS has mastered the task.  Congress has given it powers that would be deemed criminal if used by others.  For example, the Constitution’s Fifth Amendment protects Americans against self-incrimination and being forced to bear witness against oneself.  That’s precisely what one does when he is compelled to sign his income tax form.”

Despite the fact that we the people created the IRS with our demands of bigger government and an intrusive nanny state, is it really asking too much that tax law be applied fairly and equitably for all?  Ordering the IRS version of the “Code Red” on political opponents is stuff of dictators and tyrants and is bad enough as it is.  But then blaming it on some rogue officer in Cincinnati is pathetic and sad.  Stop insulting our intelligence.

Editors Wait, The IRS Can’t Find It’s Receipts For A Conference On Which It Spent $4 Million Hot Air 6/5/13