Curiosity got the best of me and I wanted to find out how the three examples cited performed since their IPO. I also wanted to know what their underwriters thought of them and what they think of them now.

This company went public at $10 and closed the first day at $18.44. The stock traded as high as $40 a share back in the spring of 2000. It is currently trading at a whopping $1.32 a share. Bear Stearns initiated coverage with a Buy on the stock, since then they have changed their collective brilliant minds and downgraded the stock to a neutral.

Fairmarket is no longer Fairmarket, it is now called Dynabazaar, and don’t ask me why. For this piece we will call it Scam X, I don’t want anyone to get confused. Scam X went public at $17 a share and hit an all-time high at around $50. If you have four shares of Scam X today you can sell them, take the proceeds and buy a can of Pepsi. Scam X is trading at 35 cents. Deutsche Bank in their infinite wisdom originally had a Strong Buy on Scam X, but to their credit they did downgrade it to a Buy. 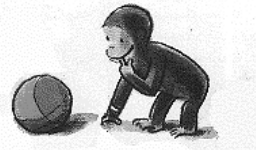