The National Association of Securities Dealers announced that they are starting investigations into six large investment firms for misconduct in the sale of 529 College Savings Plans. The NASD feels that investors were sold 529 plans that were sponsored by states other than their home state without fully comprehending that they would lose certain tax advantages.

For certain plans some tax advantages are only available when investing in the home state’s 529 plans. Oddly enough more than 90% of the 529 dollars taken in by the six firms came from nonresidents of the states sponsoring the plan reports the Wall Street Journal. There are a few valid reasons for investing out-of-state, however one of the great benefits of buying a 529 plan is state tax deductibility. 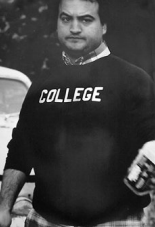