The business media along with securities regulators and self-proclaimed Saint Eliot Spitzer would like all of us to believe that they have captured and convicted one of the most notorious Wall Street crooks in history, Mr. Frank Quattrone. My sentiments can be summed up in the Jack Nicholson quote, “Sell crazy somewhere else…we are all stocked up here! The concept that we can all of a sudden breathe a long collective sigh of relief because the number two guy on the regulators’ most wanted list has been found guilty of obstruction of justice is absurd. Obstruction of justice…Gee, I wonder where I had heard that lame-duck last-chance charge before…Can you say Martha!

Barney Fife and the rest of the Keystone cops from downtown New York have finally caught their man. St. Spitzer wants you to vote him in as the next New York governor. The media and the big investment houses would like you to believe that the all clear has been posted and it is now safe to buy anything and everything they’re selling. What does this case mean for you and me…nothing, zero, nada! I am not one for quoting old rap songs, but in this case I will make an exception…”Don’t believe the hype!”

The story of Frank Quattrone and Credit Suisse First Boston has been near and dear to my heart for over four years now. I have discussed at length on the radio, as well as in the Markowski Monthly the events surrounding CSFB’s and many other firms’ shady IPO allocation process. I find it quite interesting that regulators have declared victory on numerous occasions and collected literally billions of dollars in fines over the past few years when the underlying problems still exist and the Dr. Frankensteins’ behind the monsters are still collecting handsome paychecks. The sacrificial lamb on this occasion, like Arthur Anderson, is Frank Quattrone.

Do not misconstrue me people; I am not a fan of Frank Quattrone. His business practices are the dark side of shady at best. However, if Frank were guilty of anything, it would be of gaming the system. Frank Quattrone made $120 million in one year at CSFB because he was a master of maneuvering back and forth in the vast grey area known as securities laws. Do I think that Frank Quattrone obstructed justice by telling his employees to “follow CSFB’s document retention policy”? (Translation: DELETE ALL FILES SHRED EVERYTHING)! A jury thought so and I concur. What bothers me the most about this case is I have to watch these idiot regulators and prosecutors’ parade around like they just conquered the Spartans. The bottom line is that convicting Frank Quattrone has done nothing to remedy the conflict of interest problems on Wall Street. Frank Quattrone did not rob shareholders; he didn’t fudge the numbers on any companies he took public. He did not commit the most nefarious of crimes that others have gotten away with by paying a fine and entering a plea of neither innocent nor guilty. It is amazing how many investigations and probes have been silenced over the past few years with phone calls from a well-connected CEO and a bag of money.

What investors should learn from this case is simple, buyer beware. Frank Quattrone was a titan on Wall Street. He could have walked up to John Mack, the CEO of CSFB and spit in his face, and Mr. Mack would reply, “Thank you sir may I have another!” He made so much money for CSFB it was frightening. Frank took a bottom of the heap investment-banking firm to the Super bowl, and won it in convincing fashion. Frank’s legacy is still felt today, the latest and greatest hot technology IPO “Google” has chosen CSFB as their lead underwriter. The moral of the story here is that investors must understand that just because it is a Frank Quattrone deal, or a CSFB/Smith Barney/Merrill/Goldman/ETC IPO, does not make it something of any intrinsic value! Frank Quattrone and CSFB have taken public some of the most ridiculous companies in recent memory. Whether it is Koop.com or Pets.com or MP3.com there were more canines coming out of CSFB than the Westminster Dog Show. There is an old saying on Wall Street, “When the pigs are snorting, feed them.” Feeding the publics incredible hunger for anything and everything tech or any company with a dot COM attached to it is what Wall Street did. No one forced the public to buy companies with no earnings, nor revenue, or with a CEO that is still applying zit cream every morning. Frank Quattrone, CSFB and the rest of the big investment firms are salesmen. The quicker you realize that the safer your portfolio will be. 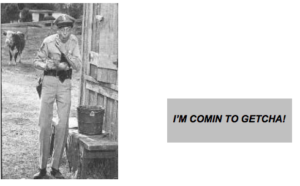