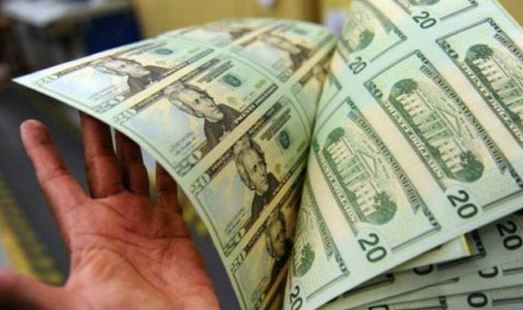 Many years ago on my radio show, I tried to articulate the aura of invincibility that many in power claim to wield by utilizing and comparing them to the King in the children’s nursery rhyme, Humpty Dumpty.

Try to contemplate the hubris of a King thinking he could repair a broken egg, and compare it to the conduct of our financial wizards of smart that truly believe that they have all the answers and policy prescriptions for everything and anything that ails our economy.

Central Banks from all over the world, but most especially our own, have taken on this “I can save the world mentality” that quite frankly is not working.  Mohamed El-Erian, portfolio manager at PIMCO stated…

“Over the last few years, the central banks of the largest advanced economies have assumed a quasi-dominant policymaking position.  In 2008, they were called upon to fix financial-market dysfunction before it tipped the world into Great Depression II.  In the five years since then, they have taken on greater responsibility for delivering a growing list of economic and financial outcomes.  The more responsibilities central banks have acquired, the greater the expectations for what the can achieve, especially with regard to the much-sought-after trifecta of greater financial stability, faster economic growth, and buoyant job creation.  And governments that once resented central banks power are now happy to have them compensate for their own economic-governance shortfalls, so much so that some legislatures seem to feel empowered to lapse repeatedly into irresponsible behavior.”

The definition of insanity according to Albert Einstein is doing the same thing over and over and expecting a different result.  We are being told that the remedy for all of our economic problems whether it be anemic growth or high-unemployment is the Federal Reserve printing more money.  I am not buying what they are selling.  At $4 trillion dollars of bond purchases and counting, the actions by our Federal Reserve are the largest financial-markets intervention in world history.

So far, what have we gotten out of this intervention?

According to the Fed’s most positive calculations, the quantitative easing program over the past five years has generated only a few points of U.S. growth.  Mohamed El Erian thinks a more accurate figure is a much more dismal .25% of GDP growth.  Translation: $40 billion bump for $4 trillion.

We are being told how wonderful and great these low interest rates are for the consumer and small-business, meanwhile in the real world the prices of homes are set too high based upon artificially low interest rates and banks have little to no interest in lending to small-business for the low rates make the risk reward not worth their while.  The interest one receives on their cash positions is lower than true rate of inflation, not those engineered government figures, which is horrible for people who save.  In fact it is getting so bad that banks are now contemplating charging negative interest on deposits.  You read that right folks, you will pay them to hold your money.

Who has benefitted from all of this easing?

I point the finger at two culprits, Wall Street and the government.  Andrew Huszar a former Federal Reserve official penned an enlightening piece in the Wall Street Journal…

“I can only say: I’m sorry America.  As a former Federal Reserve official, I was responsible for executing the centerpiece program of the Fed’s first plunge into the bond-buying experiment known as quantitative easing.  The central bank continues to spin QE as a tool for helping Main Street.  But I’ve come to recognize the program for what it really is:  the greatest backdoor Wall Street bailout of all time.”

Huszar goes on to explain that the easing that he helped facilitate in his capacity at the Fed was not helping to make credit any more accessible for Main Street.  The banks were issuing fewer and fewer loans and whatever credit they were issuing was not getting any cheaper.  Huszar stated that banks were “insidious” in their conduct whereas they were getting cheaper and cheaper money and pocketing most of the spread.  Wall Street has done extraordinarily well over the past five years; they have made billions on Federal Reserve subsidies.  Their stock prices have gone through the roof and they are now truly a monopolistic concern.

In my opinion the grand beneficiary of the Federal Reserves money-printing fiesta is Uncle Sam.  The Federal Reserve is buying government bonds.  It is lending money for nothing to the government. What we have in this country is an inability to live within our means.  There is zero political will to pullback on spending, especially when it comes to our exploding entitlement programs.  We are currently in the midst of the greatest heist in the history of the world, a generational theft where our older generation is fleecing the young.  The Federal Reserve is lending the money and our kids will be paying the bill.  The Federal Reserve is an enabler to our problem, as stupid as it would be to give cash to a crack addict; it is equally as inane to allow politicians to borrow indiscriminately without the slightest idea or plan on how to pay it back.

The first six weeks of fiscal year 2013 between October 1, 2013 and November 14th, which was also less than a month after Congress agreed to once again raise the debt ceiling, the Treasury borrowed over $1 trillion dollars.  CNS News reported that the Daily Treasury Statement showed that the government needed $1,014,215,000,000 to cover government obligations and expenses over the $255,080,000,000 it collected in taxes during the same period.

Where did it all go?

Most of it went to payoff maturing securities the Treasury had sold at a prior time and now came due.  The Treasury needed to redeem $879,734,000,000 in maturing debt during the first six weeks of 2013.  Pay close attention to what Jack Lew, Secretary of the Treasury had to say about what he does for a living…

“Every week we roll over approximately $100 billion in U.S. bills.  If U.S. bondholders decided that they wanted to be repaid rather than continuing to roll over their investments, we could unexpectedly dissipate our entire cash balance.  There is no plan other than raising the debt limit that permits us to meet all of our obligations.”

Lew went on to say, “Let me start by saying what I think should be obvious: that if we don’t have enough cash to pay all our bills, we will be failing to meet our obligations, and under any scenario we will be defaulting on obligations.”

Here is where it gets really interesting…

HOLY PONZI SCHEME BATMAN!  The Securities and Exchange Commission’s definition of a Ponzi scheme is, “An investment fraud that involves the payment of purported returns to existing investors from funds contributed by new investors.  With little to no legitimate earnings, the schemes require a consistent flow of money from new investors to continue.  Ponzi schemes tend to collapse when it becomes difficult to recruit new investors or when a large number of investors ask to cash out.”

Eat your heart out, Bernie Madoff!