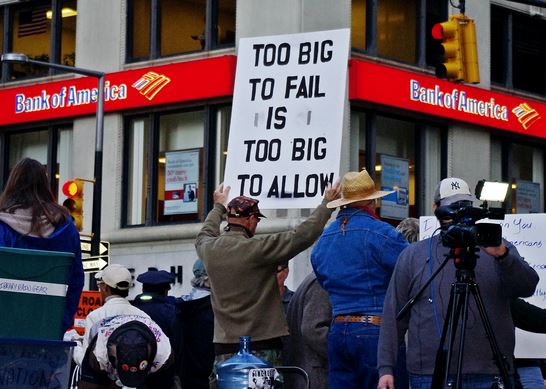 “In a state where corruption abounds, laws must be very numerous”

Over the past three decades we have had multitudes of laws and regulations that have moved the nation closer to the world that Tacitus studied and wrote about two thousand years ago.  Whether it be the Graham-Leach-Bliley Act that laid the groundwork for the corrupt axis between Washington and Wall Street, or Dodd-Frank that makes “Too Big To Fail” law of the land.  The latest Washington creation, the immigration bill, is already over 1500 pages long.  Sarbanes-Oxley, another enormous cure-all bill, was supposed to get rid of financial shenanigans.  It ended up destroying the IPO market in the United States and was precursor to the credit crisis.  Laws and regulations in America are written in gray, not in black and white.  The Ten Commandments, which is a pretty straight-foreword piece of legislation, contains rules that start with, Thou Shall Not, lawyers and politicians do not write laws as such.  No room to lie, cheat or steal.

We are now starting to experience the fallout from what could be one of the most destructive pieces of legislation in history, the Patient Protection and Affordable Care Act.  It started out at 2,700 pages, which 99% of our lawmakers failed to read; it is now some 20,000 plus pages and growing daily.  Representative and former Speaker of the House Nancy Pelosi stated during the push for passage that “You must pass the bill to find out what is in it.”  We passed it and this is what is in it…

Payouts and Premiums Are Going Through The Roof

The Society of Actuaries has estimated that insurers will have to pay out an average of 32 percent more for claims on individual health policies under Obamacare.  This cost will be passed on to the consumer. By 2017, the estimated increase would be 62 percent for California, about 80 percent in Ohio and Wisconsin, more than 20 percent for Florida and 67 percent for Maryland.  Health Insurance companies as well, are starting to warn of much higher premiums for individuals and small businesses.

Do you remember the promise President Obama made; that premiums and costs were going down?  Well, about that…Health and Human Services Secretary Kathleen Sebelius has finally admitted to what anyone with half a brain knew already, health insurance premiums are rising.  The double whammy that John Hayward from Human Events points out is that “Obamacare is blowing premiums through the roof, but there will be subsides available for lower-income Americans!  That means the rest of us get screwed twice, once when we pay on our higher insurance premiums, then again when we pay for all those lovely subsidies.”

Another one of the main selling points used by the Obama Administration for Obamacare was the special system of exchanges that were to be set up to aid small business.  These exchanges were supposed to be engineered to make it simple and cost-effective for small businesses to provide insurance for their employees.  These exchanges were to be up and ready to go by 2014.  They have been delayed another year and it most certainly looks as though that is a ridiculously conservative estimate.  Since Obamacare has been signed into law the cost of premiums for small business have skyrocketed.  This is due to all the new mandates and rules, from coverage of pre-existing conditions to twenty-six year olds living in their parent’s basement working on their “art” being covered by the law.

Jim Carpretta of the Ethics and Public Policy Center stated, “Lots of small businesses struggle with providing insurance for their workers so this was supposed to facilitate it and make it easier for small business to do this.  It was a huge portion of the sales job.  When they passed the law in 2010 there were many senators and members of Congress who were saying I am going to do this because this because it’s going to help small businesses.”

I don’t agree with Mr. Carpretta’s statement where members of Congress were signing on because of their belief that small businesses costs were going to go down.  I think it had a lot more to do with a phone call from leaders in their party “making them an offer they couldn’t refuse.”  However, I do concur with the struggles that small businesses are going through, trying to provide healthcare.  This is especially true with double-digit premium increases that occur annually.  What is more than likely to occur now is many small businesses will throw their hands in the air and drop covering employees altogether.  This will send workers to the new state-run exchanges that have yet to be launched.

Sara Teppema of the Society of Actuaries, which has been crunching the numbers on Obamacare stated, “Even if it’s just a small change of people who are leaving the employment-based insurance and coming into the individual insurance market, their costs and numbers will overwhelm those who are currently uninsured.”

Translation:  Premiums will be going up.

Nickel And Dime Us

Surprise!  Another government fee/tax/surcharge is coming your way.  For every employee a company has on their books that they insure, the company will be assessed a $63 fee.  Seriously, where do they come up with this stuff?  It sounds like a “Community Chest” card from the game Monopoly.  Companies and other plan providers will be paying $25 billion over three years to create a fund for insurance companies to offset the high cost of covering people with high medical bills.  Insurance companies pushed for this fee due to the fact that they were going to be forced to defy all known insurance laws of the universe by covering people with pre-existing conditions.

Physicians have such a negative outlook in regards to the future of their profession that 62 percent stated that many of their colleagues would retire earlier than expected within the next few years.  The doctors state that there eroding autonomy and decreased pay as two major reasons.  What is starting to happen is that many physicians have begun to hold group appointments.  Physicians can see up to a dozen patients with similar medical conditions all at once.  I have not had a group appointment like that since High School when were all told to drop our drawers and cough.  With an estimated shortage of 52,000 physicians by 2025, the old drop and cough is looking like it could make a comeback.

We all should know by now how government loves big, big budgets, big laws and big business.  You can add big medical to that list.  The big Obamacare law is forcing the local doctor-owned medical practice to be a thing of the past.  The Wall Street Journal reports that in the not to distant future, most physicians will be hourly wage earners, likely employed by a hospital chain.  So the same model that produces the “Johnny on the spot” service that you get from your local barista or fast food counter employee is now going to be extrapolated to medicine.

When doctors are working in a small office environment, the long arm of the Washington D.C. bureaucrats has a difficult time regulating them.  It is much easier if we round up all the outliers and force them into big hospitals.  Obamacare shifts money to favor the delivery of outpatient to hospitals and hospital owned networks strangling independent physicians.  In fact according to CNN Money, speaking with prominent bankruptcy attorneys, Chapter 11 bankruptcy filings by physician practices have spiked recently, a spike that has nothing to do with medical malpractice claims.

Welcome to McDoctor.  Can I take your order?  Do you want fries with that?

You know a law instituted by liberals is bad, when the New York Times actually does an article highly critical of it.  I thought hell might be freezing over when I read a column by Julie Weed showing the disastrous fallout Obamacare was wreaking on a California bakery with 95 employees and $8 million in revenue.  It actually cuts their profit by greater than 50 percent to under $100,000.

How many other small businesses are out there with the same predicament?

How many of these businesses will decide that it is just not worth the effort anymore and shut their doors?

How many people will be laid-off due to closures of these small businesses?

Dr. Jeffrey Singer writing in the May issue of Reason magazine…

In the not-too-distant future, a small but healthy market will arise for cash-only, personalized, private care.  For those who can afford it, there will always be competitive, market-driven clinics, hospitals, surgicenters, and other arrangements including “medical tourism,” whereby health care packages are offered at competitive rates in overseas medical centers.  Similar healthy markets already exist in areas such as Lasik eye surgery and cosmetic procedures.  The medical profession will survive and even thrive in these small private niches.

In other words, we’re about to experience the two-tiered system that already exists in most parts of the world that provide “universal coverage.”  Those who have the financial means will still be able to get prompt, courteous, personalized, state-of-the-art health care from providers who consider themselves professionals.  But the majority can expect long lines, mediocre and impersonal care from shift-working providers, subtle but definite rationing and slowly deteriorating outcomes.

We already see this in Canada, where cash-only clinics are beginning to spring up, and the United Kingdom, where a small but healthy private system exists side-by-side with National Health Service, providing high-end, fee-for-service, private health care, with little or no waiting.

We have a major problem on our hands.  Conservatives in this country need to work to replace this bill in a manner that will allow the Democrats to save face.  For example:  President Bill Clinton never stops talking about how he got welfare reform done and balanced the budget during his administration.  The reality is that Republicans dragged him kicking and screaming to those issues.  Trying to repeal Obamacare sounds nice, but is a political non-starter.  Replacing this radiation-leaking piece of legislation with something that is palatable to both sides and does not wreak havoc on the private sector can be accomplished.

Americans already dislike the bill.  According to the Kaiser Health Tracking Poll for March 2013, only 37 percent of Americans like Obamacare.  By 2-1 margins Kaiser’s respondents say that under Obamacare, they expect the cost of health care to rise and the quality to fall.  Replace the bill.  This is where Conservatives and Democrats might be able to work to stem the fallout.

However, I won’t hold my breath.