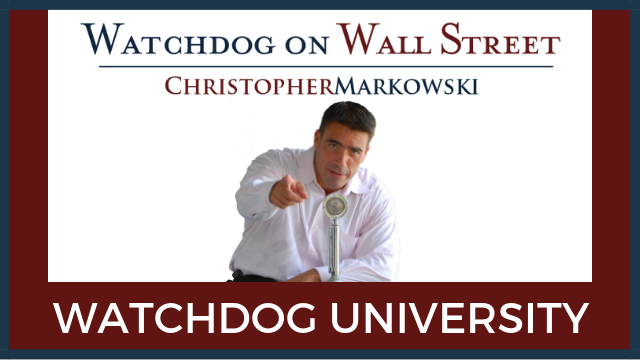 It seems as if not a month goes by without our wizards of smart in Washington D.C. threatening some sort of government shutdown if one side or another does not get their way.  The latest shutdown threat involves taking some of the funds allocated toward green automobiles and shifting it to pay for disaster recovery that occurred this past summer.

I know what your thinking, “God forbid we stop subsidizing the purchases of $40,000 automobiles that nobody wants to buy, but life is full of difficult choices isn’t it”?

Not according to Senate majority leader Harry Reid, who wants to borrow the money rather than make budgetary sacrifices that each and every one of us has to do on a daily basis.

The time has come to call their bluff.  Shut it down.  Close government.  Everything but essential services takes an extended vacation.

Believe it or not there is an actual investment fund that bases it’s investment decisions on Congressional action, or lack their of.  The fund believes that wealth is destroyed by political talk, even when that talk does not lead to action.  The fund managers call the wealth destruction the “Congressional Effect.”

Whenever one of our politicos proposes some cure-all policy or law, they look to the cameras, the politics of their action, how their brilliance will resonate with their base, not how it will affect the economy and our country at large over the long-term.  Markets discount all possible scenarios that legislation might affect, markets care about results/outcomes; not feelings, not how it will play at the next Manhattan cocktail party, or the editorial pages of the New York Times.

It is unfortunate that many people in this country look to Congress and believe they have the power to legislate us out of our maladies.  It is my belief and hope that government will not add thousands of pages of new legislation that was some how magically cure us of our problems.  I often call politicians, “wizards of smart;” they treat legislation like magic spells that can magically fix our problems, the longer and more complex the spell, the greater the power.  I believe in addition by subtraction.  The government needs to relieve us of their cure-all spells.  The scenario reminds me of the Disney classic, The Sorcerers Apprentice from the film Fantasia.  A young apprentice (Mickey Mouse), decides rather than doing the hard yet essential work that he is tasked with; he decides on using a magic shortcut, with disastrous consequences.  It is parable about the ruinous practice of utilizing power rather than wisdom.

Thomas Sowell addresses the wrong-headed idea that government needs to respond and legislate us out of our problems.  Sowell states that it is a “grand myth” that government is forced to intervene when there is a downturn.  The classic example is the Great Depression of the 1930’s.  There was no “depression” until the wizards started casting spells.  There was a stock market cash of 1929 that sent unemployment up to 9% (for one month).  Unemployment drifted back down to 6.3% in June 1930; that is when the first spell was cast, the Smoot-Hawley tariff bill.  That spell led to worldwide protectionism that destroyed trade.  Within six months, unemployment was 10%.  The spells, just like todays, backfired.  So what did the wizards back then do?  More spells!

Unemployment remained in double digits for the entire remainder of the decade, topping out at over 20%.  Sowell concludes, “Intervention in the economy is like eating potato chips: You can’t stop with just one.

In contrast, there have been rare occasions in our history where the wizards have been kept in check.  For the first century and a half of our nations history, government did essentially nothing during economic downturns.  Interestingly enough, none of the downturns have lasted as long as the Depression or even our current malaise.  An economic downturn in 1920-21 sent our unemployment level to 12%.  President Warren Harding held off on casting spells and did absolutely nothing EXCEPT cutting government spending.  The economy will recover very quickly all by it’s self!  Do you remember the calls for Ronald Reagan to cast some black magic in response to the stock market crash of 1987?  Reagan thankfully did nothing and the market rebounded on its own.

Thomas Sowell writes, and I agree that the “Obama administrations policies are very much like those of the Roosevelt administration during the 1930’s.  FDR not only smothered business with an unending stream of new regulations, he spent unprecedented sums of money, running up record deficits, despite raising taxes on high- income earners to levels that confiscated more than half their earnings.”  To be fair, President George W. Bush did some spell casting as well, with his love of stimulus checks and deficit spending.

When you really think about it, should our government be involved in anything but essential services?  Is their anything that they can do better than private sector?  It seems to me, like most of government, whether it is on the federal or local levels, we have too many people trying to find some sort of justification for their career.  However, I heard an argument one time from a lawyer defending his penny-stock crooked boiler room client that “he was only providing what his clients wanted.”  That same argument has been used to defend the big investment houses with their involvement in pushing the dotcom companies or mortgage-backed securities.  I don’t agree with the argument because of my outdated old-fashioned belief that a professional must always act in the best interests of his clients, which on certain occasions involves setting them straight in regards to differentiating between “what they want and what what they need.”

Like bad-stock brokers or the big investment houses, politicians are more often than not, self-interested salesman.  They often could care-less in what works over the long run, but rather what will benefit them in the short, so they can keep their job.

Which got me thinking…Are we the ones that are really at fault for all the black magic from our wizard politicians?  Maybe if the public stopped asking our politicians to fix stuff, maybe they would put their magic wands down?  For years I have been reading the children’s nursery rhyme Humpty Dumpty on my radio show.  “All the king’s horses and all the king’s men could not put Humpty together again.” My point in reading this passage, is that the government cannot fix our problems, only we can.  Until we as a society can reach that epiphany, we will remain reliant on the faux magic of our elected officials.  Self-reliance and hard work is our solution, as it always has been, and always will be.