BEWARE OF THE GROUNDHOG

I happen to be a big fan of the cinema. It is unfortunate that Hollywood has been doing such a bad job putting out any original product. Years ago there was a comedy movie starring Bill Murray called “Groundhog’s Day”. In my opinion, this was one of the funniest and most original films ever.

A weatherman is reluctantly sent to cover a story about a weather forecasting “rat” (as he calls it). This is his fourth year on the story, and he makes no effort to hide his frustration. On awaking the ‘following’ day he discovers that it’s Groundhog Day again, and again, and again. First he uses this to his advantage, then comes the realization that he is doomed to spend the rest of eternity in the same place, seeing the same people do the same thing EVERY day. For some reason we are getting the sinking suspicion that Wall Street is living the same fate. 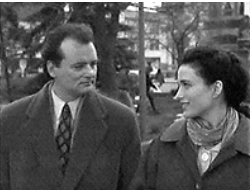 The stock market hit bottom on Sept. 21 at 8,235 on the Dow industrials. Since that day, as of December 8th, the Dow has risen 20 percent. The NASDAQ Composite has also soared an even more dramatic 36 percent. Last week brought more of the same, with the Dow rising another 339 points, and the NASDAQ moving up more than 100 points.

Numbers like these are eerily reminiscent of the market surge that began in the autumn of 1998, when the NASDAQ touched a low of 1,510 on Oct. 10, then surged an almost identical 361 points, to reach 1,949 by the end of November.

Take a look at some back issues of the “Markowski Monthly”. There are similarities that run deeper than just the raw numbers.

First, in the autumn of both 1998 and 2001 there were global political crises that shook financial systems not just in the U.S. but worldwide.

Today: In 2001, it was the collapse of the World Trade Center as a result of the terrorist attacks that shook the world. In both cases, the result was an almost immediate lockup of the world’s financial markets.

The aftermath of September 11, 2001 was in analogous with throwing fuel on a fire. The dismal economic landscape just got much worse. The response on both occasions was Federal Reserve and Government action. The Fed has opened the spigots of liquidity and the government is handing out money. We discussed in detail during the winter of 1998 that the action of the Federal Reserve was pushing the bull market down a self-destructive path. What happened was an unprecedented 246 percent run-up in tech stocks that came to an abrupt end in March of 2000.

The similarities are striking and worrisome, the question is whether the stock market will behave the same way all over again, continuing the rally that began on Sept. 21 and creating a whole new bubble in equities. Currently, we have very weak economic growth. This translates into very little investment by corporate America. Companies are not going to make things they will not be able to sell. The Federal Reserve has pumped so much so much liquidity into the system, (10 times, going on 11 this year) this has kept the economy and consumer spending from slipping into the abyss.

All this liquidity and no place to go! If consumer spending doesn’t skyrocket and corporate America remains stuck like a deer in headlights waiting for the stimulus package money would seem to flow into stocks.

There is a tremendous amount of money sitting on the sidelines currently. Money market funds are now filled with $2.1 trillion in liquid assets, which are the highest level in history. These funds are under the control of very large institutions that historically act in tandem. We are closely monitoring the actions and are in constant contact with these heavy hitters waiting for the moment to capitalize.

GOOD NEWS COULD BE BAD NEWS

With so much money now waiting on the sidelines, it wouldn’t take a lot to send stocks on the same self-destructive path they took in 1998. Currently, any type of encouraging economic news and the market could be off to the races.

The problem is the fact without any real economic recovery or rising profits this rally will be short lived and could cause tremendous pain. Institutions do not like to lose money and could pull the rug out on a moments notice. When they did that last time, America decided to prop up stock prices through the use of margin or borrowed funds. What they were actually doing was living on borrowed time. If we see a stock mania again it most certainly will be unsustainable for the 16 months that it was the last time around. If we do not learn from our past mistakes it could be, to quote Yogi Berra, “Deja vu all over again”.

THE VALUE OF OPINION AND CONJECTURE REALITY CHECK

Reality of the Terrain and a Fundamental Review